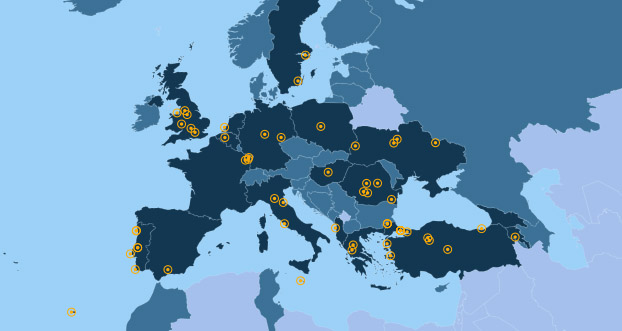 The European Local Democracy Week (ELDW) is an initiative co-ordinated by the Congress of Local and Regional Authorities of the Council of Europe. This paneuropean event takes place every year during the week of the 15 October.

In 2012, some 150 partners from 29 countries joined the ELDW. For the first time, municipalities in Morocco and Tunisia also registered as ELDW partners, in order to strengthen local democracy.  A total of 342 activities and events were organised by towns, cities, regions, national and international associations. The events organised in the framework of the EDLW can be consulted on the webpage below.

Motivating citizens to take part in decision-making processes at the grassroots level will be at the centre of the 2013 edition of the European Local Democracy Week (ELDW), under the leading theme “active citizenship:  voting, sharing, participating”. This theme has been endorsed by the new ELDW Political Co-ordinator, Congress Vice-President and  member of the Municipal Council of Dubrovnik (Croatia),  Dubravka Suica, further to a co-ordination meeting assembling  representatives of European cities, regions and associations.